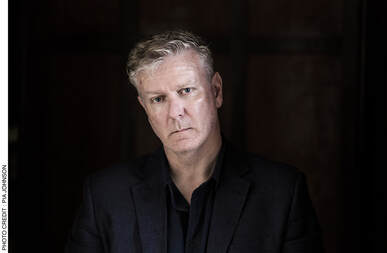 Paul Jackson APDG is a multi-award-winning lighting and  set designer, dramaturg and theatre maker whose practice encompasses theatre, opera, dance, music theatre, concerts, and live events. He is a graduate of the University of Melbourne and RMIT.

Paul has designed and co-designed sets and performance environments for a number of companies and organizations including Ranters, not yet it's difficult, Belvoir, Malthouse, Berlin Staatsballett, La Mama, Melbourne Workers' Theatre, Chunky Move, Lucy Guerin, Melbourne Museum and Griffin. He has worked as a dramaturg on a range of projects.

A key creative on several seminal Australian theatre pieces, his work has featured in festivals and programmes in the United States, Asia, Europe and the United Kingdom. Listed in The Bulletin’s Smart 100, he was the Gilbert Spottiswood Churchill Fellow for 2007 and was an Artistic Associate at Malthouse Theatre from 2007-2013. In 2017, he received an Australia Council of the Arts fellowship. Paul has won a Helpmann Award, two Sydney Theatre Awards, seven Green Room Awards, a Critics' Award for Theatre in Scotland, and four Australian Production Design Guild Awards.  He has also received a further four Helpmann Award nominations and thirty-two Green Room Award nominations. Paul is accredited with the Australian Production Design Guild.

Committed to mentoring emerging designers, Paul has lectured in design at the University of Melbourne, NMIT, RMIT University and Victorian College of the Arts. He was a founding member of not yet it's difficult performance group, was a member of Melbourne Workers' Theatre Artistic Advisory Group and has been on the Board of St Martin's Youth Arts Centre.